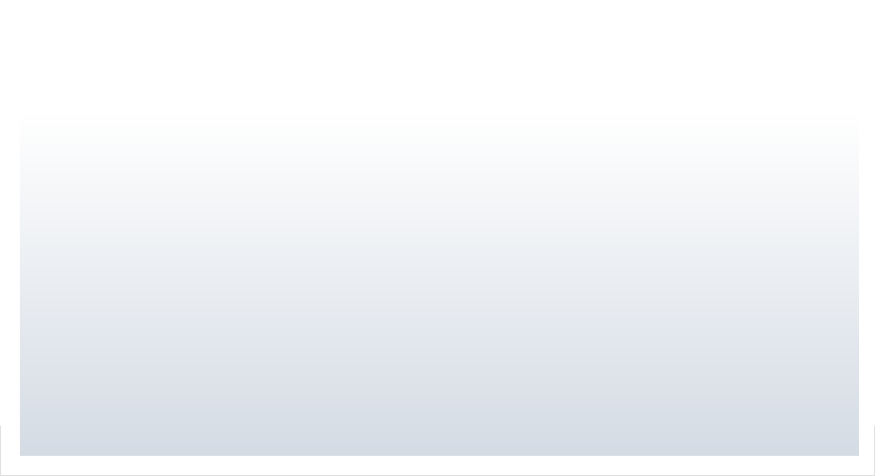 Reviews
"Craig Anderson, a leading investigator of the consequences of exposure to violence in the mass media, and his colleagues Douglas Gentile and Katherine Buckley, here give us an extremely scholarly and highly sophisticated explanation of both why participation in these violent games can indeed promote violence by the players and why the public at large, including many of our nation's most eminent newspapers and journals, find it difficult to accept the great amount of carefully collected evidence that now exists documenting these ill effects."
--Leonard Berkowitz, Vilas Research Professor Emeritus, University of Wisconsin-Madison
"This book is a must read for scholars interested in the effects of media violence. It combines a concise summary of past research with reports of three new important studies elucidating the effects of violent video games on children, adolescents, and young adults."
--L.Rowell Huesmann, Amos N. Tversky Collegiate Professor of Communication Studies and Psychology Institute for Social Research, The University of Michigan
"Anderson, Gentile, and Buckley have written a brilliant, highly accessible volume on the effects that playing violent video games have on kids and teens. Violent Video Game Effects on Children and Adolescents explains the logic, history, and science behind the domain of media effects research and introduces the emerging focus on video games in the field to a broad readership."
--International Society for Research on Aggression (Click here for full review)
"The studies reported in this book provide the most rigorous and compelling evidence to date about the harmful effects of violent video games. In particular, the authors' longitudinal study of video game violence effects should silence the critics who complain about the validity of short-term, experimental lab research. Policy-makers will cite this research as a cornerstone in their future efforts to address concerns about video game violence."
--Dale Kunkel, Department of Communication, University of Arizona
"This is a 'must read' for anyone concerned about the effects that video games have on children and teens! Anderson and Gentile are leading researchers in the field who have done a masterful job of pulling together what we know about video game effects and presenting them so that they are accessible to those who need to understand and can make the most difference- parents, teachers, clinicians, and all who work with children."
--Michael Rich, MD, MPH, Director, Center on Media and Child Health, Director, Video Intervention/Prevention Assessment (VIA), Children's Hospital, Boston
"With the growing interest of researchers, public policy makers, parents, and educators on the negative effects of video games, this book is a most welcome addition to the communications literature. The authors present an excellent blend of theory and research, including their own studies, and numerous suggestions for public policy debates that will hopefully lead to more positive game content and a more considered use of videos. The chapter on methodology is particularly well written and is a must for anyone contemplating entering the field of video game research."
--Dorothy G. Singer, Senior Research Scientist, Department of Psychology, Yale University, and Co-Director, Yale University Family Television Research and Consultation Center
"...an indispensable tool for parents and professionals who want to have important knowledge to make wise decisions about video game use in the lives of children and teens."
--Gloria DeGaetano, founder and CEO, The Parent Coaching Institute (Click here for full review)
"This book delivers on all accounts. The authors are widely regarded as the foremost experts on the effects of violent video games and the media, and this book is by far the most significant addition to the study of developmental psychology this year."
--Doody's
"This is a shocking but necessary read for anyone working or living with children or adolescents. In fact, the information contained within the book is a must read for anyone who knows anyone who plays video games, whether the games played appear to be overtly violent or not...Although this is a controversial subject, this book successfully opens the reader's eyes to the psychological, sociological, and political implications of violent video games for the mass population."
--The Psychologist
"...controls put in place by parents had an important influence on children. If at home there are controls on both the amount of time spent playing video games and the content of them, then children suffer a lesser degree of ill-effects..."
--Father John Flynn, Catholic Online (Click here for full review)
Oxford University Press, 2007
200 pages
$32.50 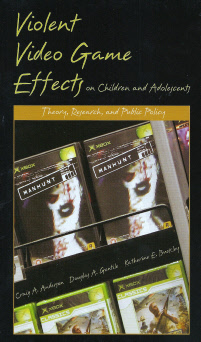 Violent video games are successfully marketed to and easily obtained by children and adolescents. Even the U.S. government distributes one such game, America's Army, through both the Internet and its recruiting offices. Is there any scientific evidence to support the claims that violent games contribute to aggressive and violent behavior?

Anderson, Gentile, and Buckley first present an overview of empirical research on the effects of violent video games, and then add to this literature three new studies that fill the most important gaps. They update the traditional General Aggression Model to focus on both developmental processes and how media-violence exposure can increase the likelihood of aggressive and violent behavior in both short- and long-term contexts. Violent Video Game Effects on Children and Adolescents also reviews the history of these games' explosive growth, and explores the public policy options for controlling their distribution. Anderson et al. describe the reaction of the games industry to scientific findings that exposure to violent video games and other forms of media violence constitutes a significant risk factor for later aggressive and violent behavior. They argue that society should begin a more productive debate about whether to reduce the high rates of exposure to media violence, and delineate the public policy options that are likely to be most effective.

As the first book to unite empirical research on and public policy options for violent video games, Violent Video Game Effects on Children and Adolescents will be an invaluable resource for student and professional researchers in social and developmental psychology and media studies.